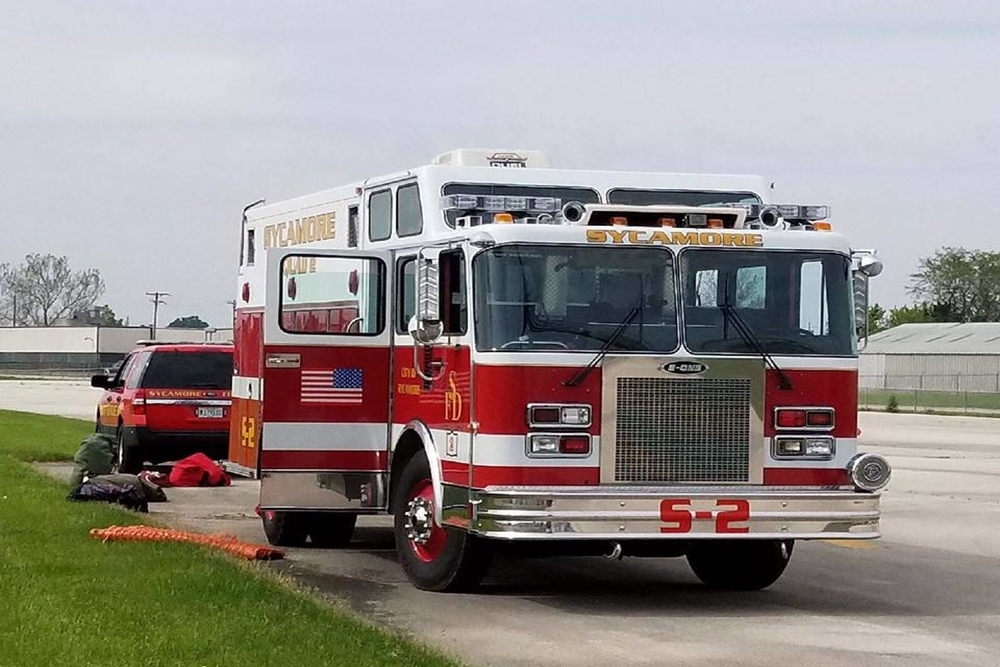 In 2016, Sycamore's firefighters' pension fund paid out over $700K in benefits.

DeKalb County's seven police and fire pension funds paid out $7.45 million in benefits to 151 retirees in 2016 while losing $770,396 on their investments, according to a DeKalb Times analysis of the funds' mandated financial filings with the Illinois Department of Insurance.

The Times analyzed financials reported by firefighter and police funds for DeKalb and Sycamore, police funds for Genoa and Sandwich, and the fire fund for Hinckley. Collectively, the funds hold approximately $83 million in assets and paid out $8,471,525 more in 2016 than they earned, including $249,853 in fees to investment advisers, according to the filings.

DeKalb County property taxpayers made up a large portion of the difference, subsidizing the funds last year to the tune of $5,245,862.

City of DeKalb property taxpayers paid the most to pension funds, at $3.8 million in 2016.

The city's two funds paid out nearly $5.7 million to retirees while losing $312,112 in investments and paying $86,769 to investment advisers.

*Retirees/Inactive Recipients, Active Employees as of 2014.